Let’s talk about using email as a marketing tool.

I don’t care what anyone says—email marketing is not dead. Until something comes along that replaces email, as far as communication goes, that’s equally as effective, email is not going to go away. Social media is not going to take over, instant messaging may take over, but there’s not a unified platform that exists that allows you to communicate as effective as with email as of yet.

To this day, email marketing is still proven to be one of the top methods of getting your message out to your audience. But it can be improved upon by doing a couple simple tweaks.

I discovered a strategy that I’ve now been using for several years to increase the effectiveness of every single email that I send out to my list, and that’s what I want to share with you in this article.

Here’s the problem I have with email and I’m sure you experience a similar one. Number one, we have to face the truth. The truth is, not everyone is going to read your email marketing message. It’s a fact, it’s a reality. I know that might be an ego buster, but the fact is that you are not important. I am not important.

I love to believe that that everyone is going to be waiting on the edge of their seat for every email that I send out. It just doesn’t happen. And after much therapy, I’ve learned to cope with it. I hope I just saved you a bunch of therapy dollars right there alone. 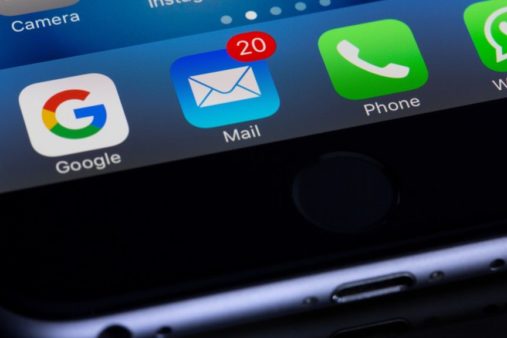 So, what do you do if people don’t read your email message?

Let’s say that you have an email list with, for example, a thousand people on it. Now you might have a lot more than that or you might have less than that. It doesn’t really matter. This is just for the purpose of getting my message across.

You now send an email to these thousand people. We have already established that not everyone will read it. Let’s just say on the initial email you send out that 5% of the people will read it. So out of a thousand emails 50 people would actually read that initial message. You may be thinking, “Oh man, the vast majority of people, 950 people out of that thousand, didn’t even open or read my email marketing message.”

You are right, and it does suck! But what can you do? Well, you could sit and mope and cry about it, or you could take action, and that’s what I choose to do. This article is about the strategy that I now use to get more people to read my email.

Let’s just say, to make our numbers easy, you get another 50 people to open the email. So, you just went from a 5% open rate to a 10% open rate.

We repeat this several times, using my “MAE” scheduling system, sending only to the people who didn’t open the previous email. Let me explain the “MAE” system.

As I have talked about before, I sold vacuum cleaners many years ago. I used this system to set up appointments.

What I would do is call people first thing in the morning. That’s the “M” in my “MAE” system. The “A” is for afternoon calls and the ‘E” is for evening calls. Think about it, someone is bound to be home at one of those times.

Use the same principle when sending email messages. Let’s say, for example, you sent the original email out in the morning. Maybe your email is getting ignored because you’re sending it then. A percentage of the people on your list may have very hectic mornings because they’re checking all their other emails at that time and yours gets lost in the numbers.

Some of these people may actually go to a physical job and are getting ready for work or traveling to work in the morning. So, maybe mornings are not the best time to send an email to some of the people on your list.

So, your second email, the one sent to the 950 who didn’t open the first one, gets sent in the afternoon around two or three o’clock. I’m sure you know what comes next…the third email gets sent in the evening on day three. This email goes only to those who still have not read what you sent on days one and two. This one could be sent around five or six o’clock.

We have now completed the “MAE” system of emailing. But as I look at this, I think it should be taken one step further. On day four I think we should send out an email in the late evening around nine or ten o’clock. Let’s change the acronym to MAELE—Morning, Afternoon, Evening, Late Evening.

Use the MAELE System

You’ve now sent the same email out four days in a row, but at different times each day, and only to the people who didn’t read the previous emails.

How many times did you actually contact all of these people?

Well, for those who opened the email, they only really saw it one time. They may have received the other emails, but they didn’t open them.

Let’s look at the numbers again and use a 5% open rate again.

If 5% of the people read the email each time we send it over the four-day period, we’ll have approximately 19% (185 people) open rate. (All calculations are approximate)

In this example, for simplicity, we can say, on average, 46 new people opened the email each time it was sent.

Let’s say that, on average, we make $100 in sales for each person that reads the email. That means we made $5,000 dollars on the first email. But by sending out the second one, we’ve almost doubled our money because we make another $100 from the sales to the 47 new people who opened it, giving us an additional $4,700—just by sending the email out a second time!

Don’t get hung up on the exact numbers. I realize that 100% of the people who read your email will not purchase. I used these figures to emphasis how easy it is to generate more sales by just sending same email, using the MAELE system to the people who didn’t open it previously.

You might even do better and get 15 or 20 percent of the people to open your emails! Or your product could be more profitable. Just plug in your numbers and see how lucrative it can be to utilize this email feature with very little work. After all, once the original email is sent your autoresponder takes care of the rest.

There’s one more aspect to this. We can set up a trigger in the autoresponder system. The trigger would only kick in for the people who opened the email but did not click on the link in the email, that would take them to the sales page of whatever product we are promoting. These people would get a new email trying to entice them to click on the link.

This entire strategy is very simple. We first send an email like we normally would and then have strategic follow up. If we sent the first email message in the morning, we send the next one in the afternoon, the following one in the evening, and then the last one in the late evening.

The entire follow up can even be taken to another step. Once this sequence has played out, you can start sending a new email with emphasis a on a different feature or aspect of your product or service. This email would only be sent to those who did not buy during the original sequence.

This simple strategy can be a business changing strategy that anyone can start implementing today. This is one of those strategies that you need to take action on immediately because it can have an instant effect on your income for the coming year!