“Webinars enable you to spend a good amount of time with a lot of people. The more time you spend with people the more they get to know you and trust you. By watching you and listening to you, they get a feeling for you as an individual.”

Let me be clear—I’m going to talk about a very specific, extremely small segment of automation—a small segment that can literally make you millions of dollars a year!

It’s cool, it’s awesome, and you need to be doing it right now. What am I talking about? Automated webinars!

Webinars are incredible. You could take every marketing method away from me and just leave me with the ability to do live or recorded webinars (I prefer recorded), and I’d be happy. I will still be able to make millions of dollars a year, just using webinars, and that’s being lazy.

Here’s the reason why…

Years and years and years ago (in a time before webinars), I did teleseminars. I did a lot of them. Some of you may not remember them or even know what they are. Basically, a teleseminar is similar to webinar only people dial in on a phone to listen. It’s like a huge party line where everyone can listen in at the same time. Due to technology limitations very few of these calls were pre-recorded; we had to do each one live.

We usually had a company hired to dial in and record these calls as they happened live. If there was any problem with their phone or their phone line, the call did not get recorded.

I know it sounds kind of strange right now. Just think about it—a bunch of people would dial in, many on landline (corded) phones and listen in. On most of these services you could mute everyone out, but many presenters didn’t mute them out. There ended up being people interrupting, talking in the background, snoring, arguing with the presenter and occasionally, even the sounds of lovemaking in the background. 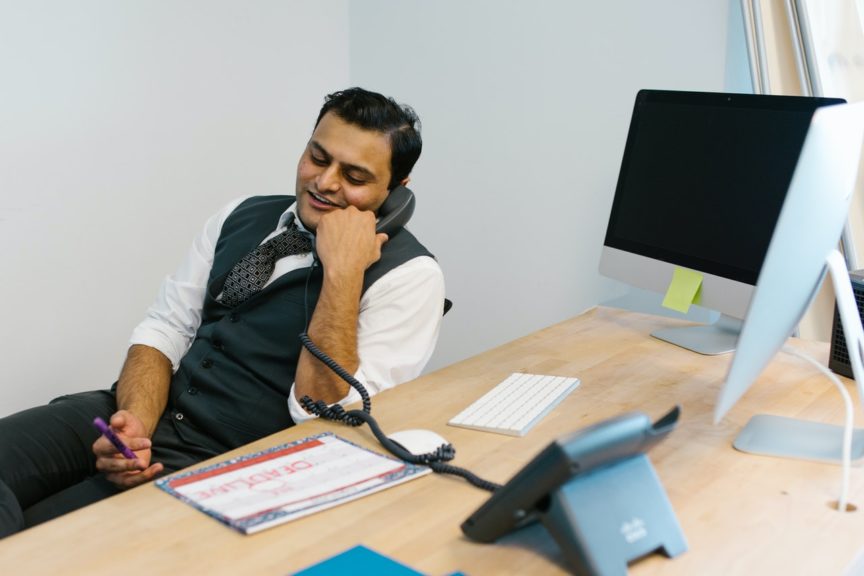 I had hundreds of people on my calls, so I would always mute everyone out.

These were in the days when cellphones were coming into wide usage so, if you had guest speakers you would have to ensure that they called in on a landline phone because, back then, cell phones would sometimes add noise to the call.

I know it sounds cumbersome and antiquated now, but it was the only technology we had back then, and I made good use of it.

Even when things moved to the internet it was, at first, voice only because the video would need to be drastically shrunk down because of the limited bandwidth.

Once pre-recording technology and services became available, people did not rush to it. We were all worried that our audience would tune us out if we didn’t personally greet them and teach them live.

I was an early adapter. I was sort of forced into pre-recording.