The Buck Stops With You

Your business, your life, and your future are all dependent on your actions. Other forces may influence your decisions and actions…but the buck stops with you.

Today’s world tries to place the blame everywhere but at its own doorstep.

When I was in the corporate world, I was responsible for 23 independent businesses that sold our cellular services and equipment. In order to sell our services, they had to sign an agreement that prevented them from selling cellular services from other providers. In addition to that, we had a lot of other rules and regulations that protected us as a corporation but did not always protect the independent stores.

Was that wrong? It can be argued both ways. But our responsibility was to provide the best cellular service and to ensure not only our corporation’s survival but to enable it to grow and generate profit for our owners. We too had competitors and regulators that laid out hoops for us to jump but our president always said that those hoops and regulations just forced him to be a better businessman. 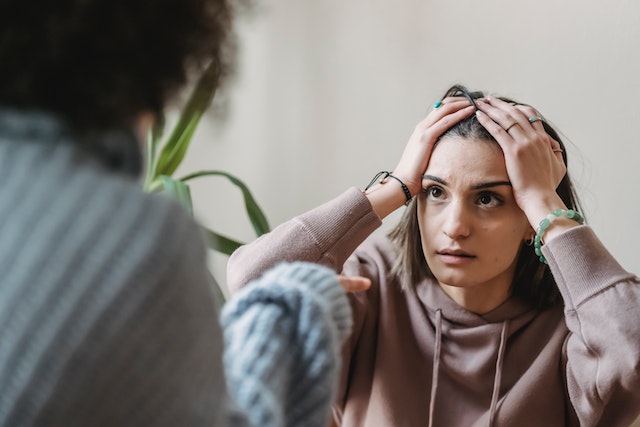 Because of our regulations and restrictions, some of the stores under me became very abusive. They called me at all hours of the day and night to complain about how we were ruining their business and stealing their livelihood. They found fault with everything we did, even when we tried to help them. We could never do enough.

When I first started in that position I was hurt by their accusations and, at first, blush thought they were correct. But I soon began to see a pattern emerge.

For example, I had three stores in one town. In this particular town, one of the stores was very profitable. The other two, one which had been established in business years longer, barely scratched by. Both of the failing stores had other products to sell and help carry their business. The successful store built its entire business around selling our service; all their eggs were in one basket.

The two failing stores were constantly complaining. Everything we did was not fair. We were accused of trying to put them out of business so that our direct sales force could thrive. It was a constant battle. While calling on these stores I would occasionally run into their other vendors. These vendors told me that the stores complained about them just like they complained about our company.

And then there was Butch. He quietly sold our service and our phones. Whenever we threw lemons at him, he spent his time

figuring out how to turn them into profit. If his sales were down one month, he’d call me to brainstorm what he could do (within guidelines) to increase his sales. He’d put on open houses and clinics to build his business. He’d have me there as the company rep. Any of the other stores could have done the same thing— after all it was my job to appear at their events.

Butch fell under the same regulations as the other stores. He faced the same hurdles as the other stores. But he also had other battles to fight. You see when he started out, he was in charge of cellular sales within a car dealership. He did very good there. But his boss was convicted of fraud and lost the entire dealership…Butch bought out the cellular portion and moved to the only location he could afford which was in a VERY poor location. Butch’s wife died of cancer during this time. Yet Butch kept on making sales.

While the other stores claimed they weren’t making enough to pay their utility bills…Butch built a brand-new store in a new shopping center and made even more sales. While the other stores tried to take us to court claiming that they were there first, and it was illegal for us to allow Butch to sell our service, Butch bought more newspaper advertising and added a line of popular accessories that had a markup of well over 100%.

I left that corporation many, many years ago but I ran into Butch a few years later. I asked him how he was doing and if he knew how the other stores were doing. He said he sold his store to a large company for a fortune and now travels around the country playing golf. As for the other two stores, one closed and the other went bankrupt still complaining how we cheated them and ran them broke.

Butch took responsibility and grew his business while the others tried to blame everyone else for their lack of business.

This example was not an isolated incident. In every town I had people who sold our service, and I had people who complained about how we were ruining their business. It got so that just by visiting with a prospective owner, who wanted to start selling our service, I could predict whether they’d be successful just by the way they talked about the economy in general and about their existing vendors in particular. In fact, it got to the point where I’d approve or deny new stores using those criteria. It’s ironic but their refusal to accept responsibility was, in fact, responsible for their results.

How do you run your business? Do you blame Google, the FTC, the economy, your competitors, etc. for your problems? Or do you spend your time growing your business and not trying to find someone to blame for your challenges and setbacks?

George Callens has been on the Internet since 1996. He has worked, full time, with Armand since 2003 and is currently the Chief Operations Officer for Armand Morin Network INC.. George is also one of the founders and partners of Payblue shopping cart.