Visualize It Into Reality

It’s not where you are right now that actually matters. It’s about where you ultimately want to be. I know that sounds like a bit of woo-woo, hippie BS, but it’s true. The fact is, that in every company I’ve ever created at the start I was never where I wanted to be in the end. That is the whole point.

You start where you are right now. If you look around yourself at this particular point—your finances, your resources, what you have going on around you, you are definitely not in the position to win immediately.

Your job as an individual, as a business owner, is to put yourself in a position to win. The question is, how do you do it when all around you looks like the exact opposite of what you are trying or wanting to achieve?

Whenever I start a business, I start off with the optics—the optics being my logo, and my website. I want to know what it’s going to look like because it helps me visualize a successful company/product. 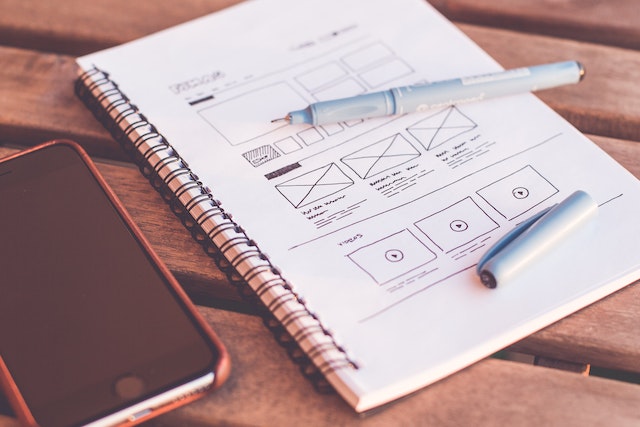 So, the first thing I do is to take the unreal and bring it to reality with a logo—a logo that will represent the concept. There has to be a plan behind that logo—a plan to bring the concept into existence.

What’s the objective of the company? What does it have to offer? How’s it going to make money? What is it selling? How many sales does it take in order to make it succeed? What it means for a company to “succeed” is going to be different for each company and business owner. If you are me, you think BIG.

When I consider the numbers, I am always thinking about how much it would take me to generate one million dollars in a year, but not everyone needs to use my gauge. You will have your own gauge of what makes it successful. Regardless of what the number is, it needs to be broken down in order to make it happen.

For the business to be successful it needs to make “X” in a year. How many sales a month is that? How many sales per day is that? From there, I sit back and ask myself, is that realistic? Can I do that? Can this happen? Is this in the realm of possibility? Maybe I need to scale it or change the concept to make it more real.

And when I say more real, what I’m talking about is making it believable. It has to be believable for you. You have to believe in it because you have to be able to defend the concept. And if you believe it can be a reality, how are you going defend what you are doing? And when I say defend it, I mean when pitching it to my team. If I don’t believe in it, who’s going believe in it? So, I have to go about this from a very realistic point of view, based upon facts, not wishes, not dreams, not goals. It’s what is real.

No idea is perfect from the onset. There will always need to be changes and modifications. There Is Always a Process.

I know typically based upon a price point, how many visitors to my website it’ll take me to get a sale. I know how many sales calls that it will typically take for anyone to sell any kind of product.

Because I know my numbers. You see, your numbers help you.

So, when I’m creating this plan around my logo, I’m applying some basic numbers to it. But at all times along the way, I am always checking in with myself asking “Is this real? Is it not?” And it’s during those check ins that I start modifying. Because no idea is perfect from the onset. There will always be changes and modifications. There is always a process.

When a sculptor is sculpting out of clay, they start out with an idea, and a picture in their mind of what they want it to be. Once they start working with the clay, they start to see that the clay doesn’t want to move in the direction they originally pictured. Sometimes, it works better molding it in a different direction. You may have to remove some clay, and then add some back at a later point. And that is okay. That’s exactly what you’ll be doing with any kind of business idea too.